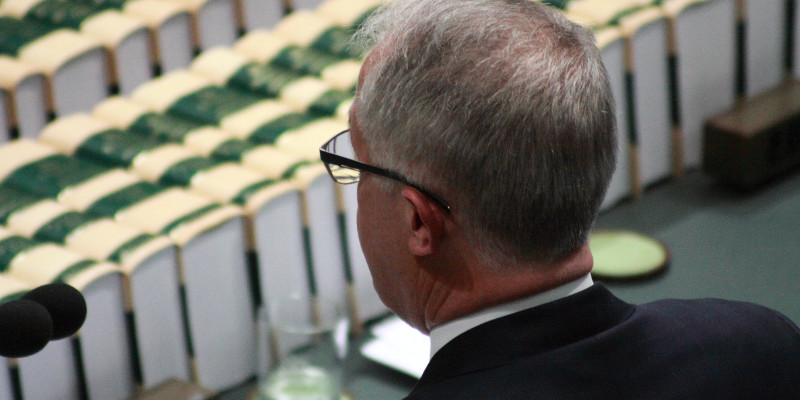 Co-publisher and editor-in-chief at No Fibs
Margo Kingston is a retired Australian journalist and climate change activist. She is best known for her work at The Sydney Morning Herald and her weblog, Webdiary. Since 2012, Kingston has been a citizen journalist, reporting and commenting on Australian politics via Twitter and No Fibs.

The Federal seat of Wentworth was forced to a byelection when Malcolm Turnbull lost the Liberal Party leadership and resigned from Parliament. Photo: Wayne Jansson

Here’s my attempt to explain the preferencing imbroglio in Wentworth and how to vote strategically to defeat the Lib.

Preferences are causing trouble in Wentworth, and if we’re not careful the left will elect the Liberal – a terrible blow for climate change, Nauru refugees, gay rights and lots more.

Here’s how they work. Say there’s 10 candidates. The second preferences of the candidate who comes last are distributed up, and so on until one candidate has more than 50 percent.

In Wentworth there is no doubt that the Liberal will come first in the primary count, and stay first unless the candidate who comes second can harvest preferences from the other candidates.

The only candidate with a chance to beat him is independent Kerryn Phelps. This is because she is the candidate Liberal voters upset with the Government will vote for, because she is a small l liberal who has has pledged not to bring down a Liberal government, but instead to vote down bills her electorate doesn’t like, and advocate for climate change and other progressive issues.

Without a substantial liberal protest vote Sharma wins easily – Labor estimates he needs to fall to a 40% primary vote for Kerryn to have a chance.

But, if the Greens and other non-Liberal voters preference Labor above Kerryn, Labor will finish second and Phelps’ preferences will elect Sharma. This is why Labor is not funding its candidate’s campaign and a Labor man is helping Kerryn.

So what is the Liberal Party’s $1 million strategy to keep Wentworth? Blast Kerryn as a Labor-GetUp! Stooge determined to bring down the Government. Plan – suppress the Liberal protest vote so she finishes third.

And what is the strategy of the Greens? To preference Labor above Kerryn, suppressing her progressive vote so she finishes third.

So we have the tragic unholy alliance of the Liberals and the Greens determined to elect Sharma. Why? Because Kerryn stuffed up by appearing to recommend putting the Liberals last on her how to vote, making it certain she’d be portrayed as a Labor front by the Libs. To keep the Liberal protest vote she then flipped to save her candidacy, outraging the left. Of course she should have said from the beginning that she would not recommend preferences, but she didn’t and now appears doomed.

The only way for progressives to stymie the Liberal’s strategy and help Kerryn’s long shot bid to beat the Liberal is to vote 1 for her, or at the very least give her their second preference.

I have written about the incredibly important stakes at this election
https://www.smh.com.au/politics/federal/voters-of-wentworth-can-present-the-nation-with-a-gift-20180925-p505y2.html

Here’s three links explaining why Phelps is the only chance to win and why preferencing decisions by non-liberal voters are crucial to her chances.

Also: Rusted off or how I learned to stop worrying and love the indie