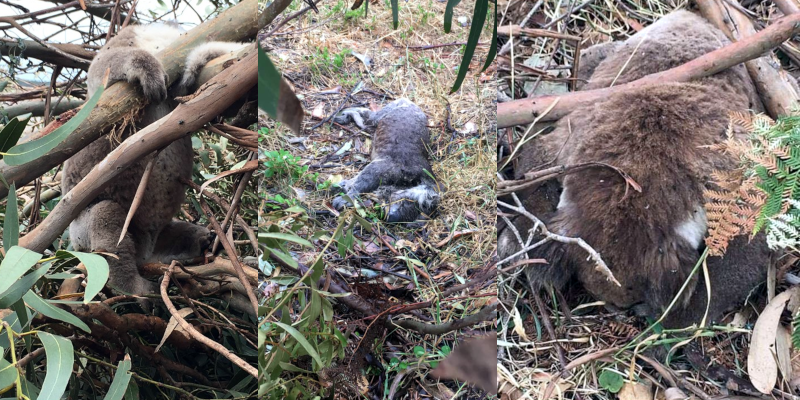 Chief reporter & photographer at No Fibs
Wayne Jansson is an Australian citizen journalist and photographer. He covered the seat of Indi during the 2013 federal election which saw Independent Cathy McGowan unseat Liberal Sophie Mirabella. His interests are politics and social justice.

Unknown numbers of koalas – possibly hundreds – have been killed during plantation logging operations south west of Portland in Victoria this week.

Friends of the Earth (FOE) reported koalas were left to starve after logging operations in late December 2019.

Last week, surviving koalas were bulldozed into slash piles, along with the bodies of those that had already starved.

Volunteer veterinarians and animal rescuers are frantically working to save surviving koalas entangled in piles of branches.

FOE also reported the plantation was operated by South West Fibre in a joint operation with Midway and Japanese company Mitsui.

This is another blow for koala populations already decimated by the ongoing bushfire disaster.

Australia should be ashamed of this, I’m tired and we need help.

Clearly distressed, Oakley put out a call on Facebook for volunteers to “walk the rows” to locate koalas. She can be contacted via Facebook.

No Fibs approached the Victorian Environment Minister Lily D’Ambrosio and Victorian Premier Daniel Andrews for comment. We will follow up with their responses.

Latest No Fibs story on the koala massacre in Victoria: Scale and implications of #KoalaKillers crime still unknown: @jansant reports on #SpringSt