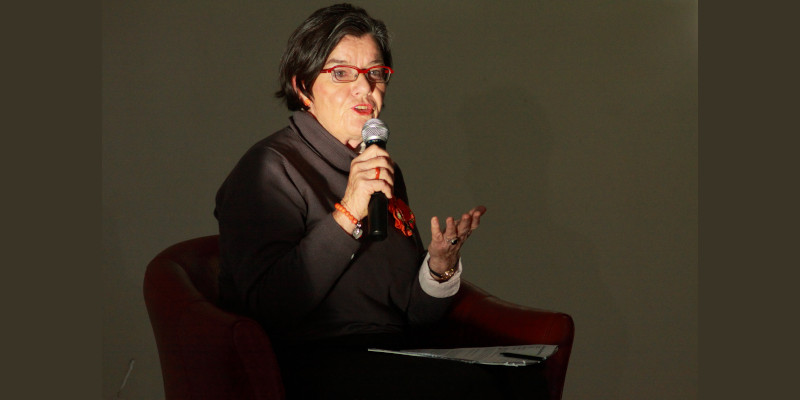 Cathy McGowan is the current Independent Member for the federal seat of Indi. Supported by community group Voices4Indi, Cathy won the seat from Liberal, Sophie Mirabella in 2013. She retires at the 2019 federal election having served two terms and has endorsed the Voices For Indi (@voicesforindi) supported candidate for Indi, Helen Haines.

For six years Indi has been an example of a different kind of political representation. ‘The Indi Way’ has become part of the vernacular and my communities continue to celebrate the many achievements of Independence.

We have acted in parliament on many issues since those very first ‘Kitchen Table Conversations’ in Indi. In 2013 they identified community concerns related to mobile phone blackspots, rail services and transport, education, health, social security and agriculture.

Many more have been added to the Indi agenda during the past two terms: the roll-out of the National Broadband Network (NBN), sustainable rural childcare, regional development and decentralisation, aged care, pay day lending, marriage equality, mental health, refugees, drought policy and the need for a code of conduct for politicians.

Since 2013, more than 220 community members from throughout Indi have volunteered in my Parliament House office during sitting weeks. During their four days in Canberra they have shared in the daily activity of the office, including meetings and visits from electorate delegations. They have extended their professional networks to include MPs, senators and their staff. They now have among their skills the ability to work with government departments and political representatives to progress their community and individual goals.

One of the highlights of my time in Canberra has been the opportunity to welcome young people to Parliament House and promote their understanding of how our democracy works. Since 2013 there have been more than 5000 school children who have visited. Dozens of leadership groups from Indi’s secondary schools have joined me for lunch and attended Question Time. I have spoken at the annual Indi youth politics camp and hosted young people’s Budget breakfasts at Wodonga, Wangaratta, Mansfield and Benalla.

The road to Independence in Indi has been driven at the grass roots. It has always been about the changes the community wanted to see. People in Indi wanted a representative they could trust to listen to their concerns and take those, and potential solutions to Canberra.

This is the legacy of the Indi Way. It will play out differently in every other electorate where an Independent or minor party representative has shown their hand. My colleague, the member for Mayo, Rebekha Sharkie has begun a series of community workshops — her version of Kitchen Table Conversations —- ahead of the federal election expected in May. All these forms of extensive community engagement are the foundations upon which trust in political representation and leadership has been rebuilt.

The crossbench has never been a voting ‘block’ in the House of Representatives. The presumption is incorrectly made that we will always vote together on legislation, in the same way the major parties do. Yes, it is true we will often work together in those areas where our communities have indicated a similar line of opinion. However, our electorates are a broad cross-section of the Australian constituency, covering metropolitan, rural and regional areas, and community views are often as wide as the land itself.

What the crossbench has had in common is the capacity to bring together our communities to work toward recognised goals. Working together has delivered great benefits to Indi and the wider Australian community. My community’s support and candour in offering their opinion has provided me with the strength in parliament to push for important change. Whether it has been sustainable rural childcare, equitable social services, access to regional higher education, effective drought funding, co-ordinated regional development policy, recognition of Aboriginal and Torres Strait Islander people, better treatment of refugees, access to competitive grants processes, improved parliamentary standards or the introduction of a National Integrity Commission, the focus in Indi has always been upon best practice, good governance, equity of access, empathy, compassion and transparency.

We have achieved a great deal in Indi but the work is ongoing. It is essential that at the next election the community continues to demand effective, local representation and hold their next MP to account.

I am proud of the way our young people and indeed the wider community have taken on the mantle of leadership at a grassroots level in Indi and it gives me enormous hope. I have run just one leg of this relay and the baton I pass on carries a precious legacy for this region’s future.

Participation an antidote to #Auspol cynicism: the #IndiVotes democratic revolution, by @adropex